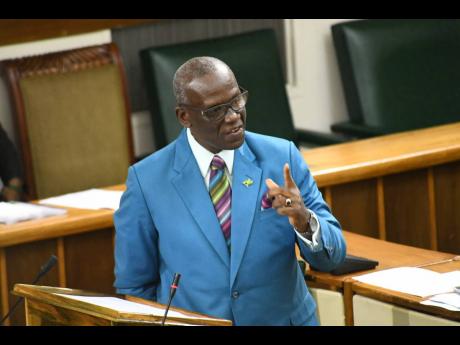 The funeral sector, which had squealed when the Government shut down burials and funerals as unruly mourners flouted COVID-19 containment rules, is again crying foul even as some measures will be relaxed.

During a press conference at Jamaica House on Sunday, Prime Minister Andrew Holness announced that burials will be allowed as of March 24.

But as of then, burials will only be allowed between Monday and Friday during the hours of 9 a.m. and 4 p.m.

The burials are to last no more than 30 minutes.

“The two-week exercise will give us an opportunity to see how well it works … and that will make the necessary decisions how we go forward after the period,” McKenzie said, disclosing that he would be meeting with the funeral sector leaders Tuesday.

But Melvin Honeyghan, president of the Jamaica Funeral Directors Association, blasted the Government for implementing the new measures.

“The Government must realise they’re not only hurting funeral directors, but they’re also hurting staff as well because once there is no funeral, they don’t have any jobs.

“We met with the minister (Desmond McKenzie) last week, and that was a waste of time because the new measures only further dampen the business,” Honeyghan contended as he underscored that funeral homes are racking up losses.

McKenzie said the police and the parish municipal corporations must be advised of burials at least two days in advance.

“The parish council takes five working days to give permission to dig grave, and they give two weeks for burials, so a lot of people won’t be buried this week. There is no time for people to get ready,” Honeyghan lamented.

“I don’t think the Government has the people of Jamaica interest at heart. If they had the people’s interest at heart, they would let the council know to give permission for grave digging. We are being treated as unwanted stepchildren and it’s time they stop,” he added.

Amidst threats of protest, PM Skerrit warns bus drivers that his gov’t…