‘He said he hadn’t eaten in more than a week’ 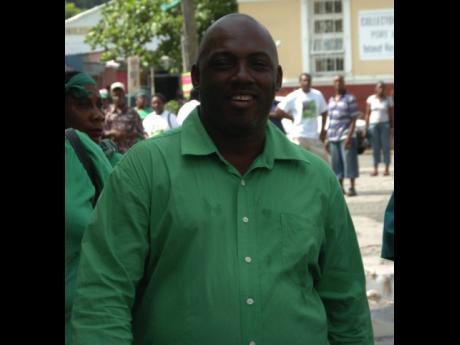 PORT ANTONIO, Portland: Thursday’s passing of Portland councillor Derron Wood has shocked his relatives, associates, and colleagues as despite him testing positive for COVID-19 and being admitted to hospital, they had not perceived his illness to…

To access this article in full please login or register today

Thursday’s passing of Portland councillor Derron Wood has shocked his relatives, associates, and colleagues as despite him testing positive for COVID-19 and being admitted to hospital, they had not perceived his illness to be so grave.

Wood, who was serving his fourth term as councillor of the Fairy Hill Division in the Portland Municipal Corporation, was diagnosed with COVID-19 during emergency testing when he was admitted to the Port Antonio Hospital on Wednesday before being transferred to the University Hospital of the West Indies in St Andrew.

Wood, who Gleaner sources say was hypertensive and diabetic, was also suspected to have contracted pneumonia and is the second COVID-19 Jamaica Labour Party (JLP) in Portland to have died as Irvin Brown of the Fellowship Division passed away last October.

Port Antonio Mayor Paul Thompson saluted his former colleague as he spoke to The Gleaner yesterday, crediting Wood for paving the way for him to enter representational politics.

“He introduced me to politics and assisted me with my application to become a party member and then caretaker candidate,” said Thompson. “Like him or hate him, he is a winner, and based on his repeated success at the polls, I’m assuming that he had an excellent relationship with the people of his division.”

Continued the mayor: “I learned on Wednesday that he was admitted to the Port Antonio Hospital and later transferred to Kingston. … He also developed a bad cough, which I think really affected him. But to have died so quickly after being diagnosed with COVID-19 comes to me as a shocker. He has left a void that will be hard to fill.”

The mayor called on Portlanders to see Wood’s death as a wake-up call as many are still disregarding containment protocols. He argued they should take heed that the illness was claiming lives.

Long-time friend William Black, who was Wood’s assigned driver during his failed attempt to unseat former Portland Eastern Member of Dr Lynvale Bloomfield in 2016, was also shocked at his passing.

“When I saw him on Wednesday, he told me that he hadn’t eaten for more than a week and that he was feeling ill and was very weak,” said Black.

“We chatted for a while and then I left his house. I learned that he was admitted to hospital, but I never expected to hear this kind of news. I am still in shock at his death, and it will not be easy to accept his passing. We have been friends for more than 45 years, so we go way back in time,” he added.

Local Government Minister Desmond McKenzie described Wood’s passing as a “bitter blow” to the JLP, saluting the work he had done in Portland.

‘Prince Philip would have been touched by public reaction’

‘Prince Philip would have been touched by public…