Clarks is back in the news after revealing their newest footwear collection for Spring ’21.

The iconic brand, which has partnered with Brit-Jam footballer Raheem Sterling and Chronixx, has been a staple in Jamaican culture for decades.

Lest we forget, a key feature of the most honourable Bro Gad’s (Prime Minister Andrew Holness) 2020 election campaign was the fanfare around his olive green Clarks.

SCROLL FOR PHOTOS FROM THE COLLECTION BELOW

This year, Clarks dedicates its Spring ’21 Jamaica Pack collection to The Rock.

It’s no secret that Jamaicans simply love the kicks, and can’t seem to have enough pairs.

The Clarks awareness has further transitioned to the music industry with tracks like the unofficial, eponymous Clarks anthem by Vybz Kartel, Popcaan, and Gaza Slim, and the recent Clarks Pon Foot by Jahvillani.

Yahoo! News noted that the Clarks-Rock connection existed as far back as the late ’60s, reporting that ‘When the brand launched the Wallabee in 1967 and the Desert Trek in 1971, both styles flew off shelves and could be seen on album covers of some of reggae’s most influential artists’. 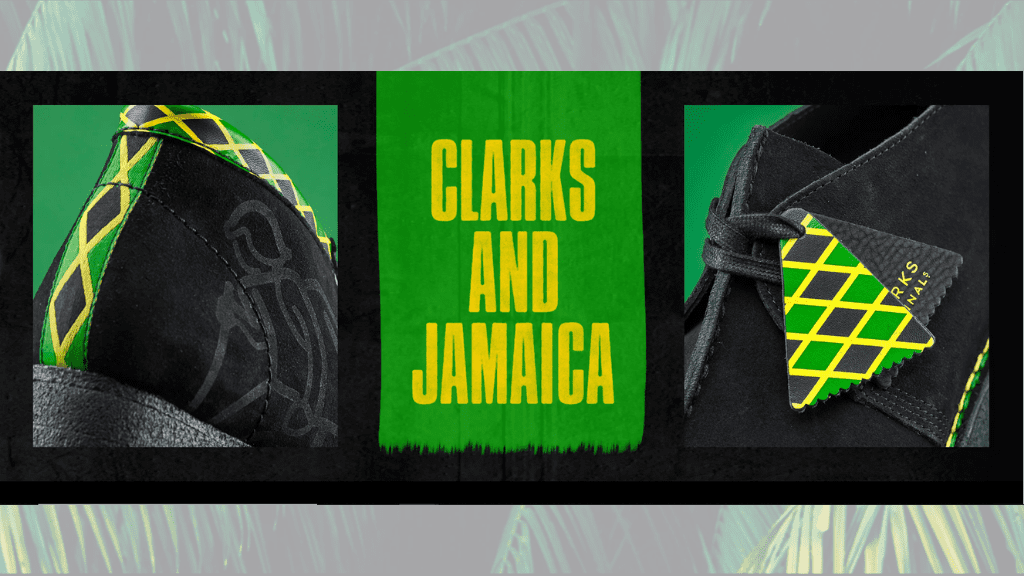 The Desert Boot, Wallabee, and Desert Trek have already gotten a remake in black, green, and gold, and will be available over the course of April, according to the brand’s website.

Both colourways of the Desert Jamaica have already sold out on Clarks.co.uk; with the Jamaica, Trek set to launch on the site soon. The entire pack will drop on Clarksusa.com and Clarks.eu over the course of April.

‘We’re proud to have been part of island life for almost 60 years now. That’s why we’ve reworked three of our most iconic styles’ the UK-based brand shared in a release.

‘Since they first hit the streets of Kingston, our profiles have occupied a special place in Jamaican culture,’ the release stated.

Plus, to top it all off, the Clarks team teased fans with a ‘Coming Soon’ banner on the homepage with the coordinates of Jamaica.

What could this mean for the popular shoe brand? Let’s wait and see.

Bucuti & Tara Beach Resort rated as Best in the Caribbean

‘Prince Philip would have been touched by public reaction’

‘Prince Philip would have been touched by public…