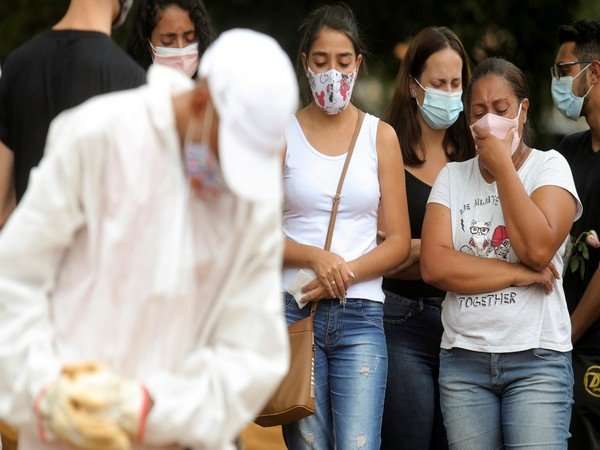 SAO PAULO (Reuters) – A group of hundreds of economists and businessmen, including shareholders of Brazil’s largest bank, Itau Unibanco Holding SA, defended urgent change in the federal government response to the COVID pandemic.

“The country demands respect,” the letter begins, stating Brazil has the deadliest pandemic outbreak in the world and that the health system is overwhelmed and collapsing.

The letter says the recession is “caused by the pandemic and will not be overcome if the pandemic is not controlled by a competent stance by the federal government”.

Signed by hundreds of economists, policy makers, bankers and businessmen, the letter demands urgent acceleration of vaccination, a national campaign to demand the use of masks and serious discussions on social distancing policies.

The letter says at the current pace of vaccination, the country will take three years to reach all the population, and adds Chile is vaccinating ten times faster than Brazil.

“We cannot expect an economic recovery if the pandemic is not under control. There is no more time to waste on sterile debate and fake news” , the letter states.

To this Brazilian President Jair Bolsonaro has once again lashed out against the quarantine measures taken during the pandemic. Targeting the country’s governors, he accused them of being “tyrants” and “trying to restrict your freedom.”

On the occasion of his 66th birthday on Sunday, Bolsonaro greeted supporters who turned up outside the presidential palace in Brasilia to wish him on his special day. During his impromptu speech, he made it clear that he was still not okay with the stay-at-home measures ordered by mayors and governors to control the pandemic.

“They’re picking a fight. If anybody thinks we’re going to give up our freedom, they’re wrong. Some tyrants out there are trying to restrict your freedom. But you can be sure, our army is olive-green, and it’s all of you, too,” Bolsonaro as reported by France 24.

“You can count on our armed forces to defend your freedom and democracy.”Earlier this month, the president told people of his country to “stop whining” about COVID-19. “Stop all this fussing and whining. How long are you going to keep on crying?” said Bolsonaro, who trivialized the disease as “a little flu.”

Brazil has registered 86,982 new coronavirus cases and 2,724 deaths, the second highest daily toll, according to the health ministry.

Infections have surpassed 11.7 million and deaths have gone past 287,000 in total.

Foster heading back to Denmark